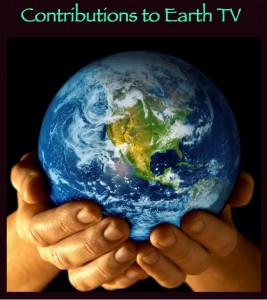 Contributions to Earth honors and raises awareness of the positive efforts in both Environmental and Humanitarian fields. This series provides an in-depth look into organizations, individuals and companies contributing to the care of our planet and those who live on it.

Contributions to Earth was created by “Twinkle” Marie Manning as a TV for Your Soul production.  She dreamt it up in 2004, planting the first seeds in 2007 in Florida, recording some segments with local PBS affiliate station in Daytona Beach.  Filming began with Carolena as the host in 2010.  Contributions to Earth began airing locally in Boston in 2011.  Now airs throughout USA on local and public community television stations, and worldwide online. Beginning in 2016 TV for Your Soul will have channels on Roku and Apple TV.

Five main parts of our project:

Production of TV for Your Soul